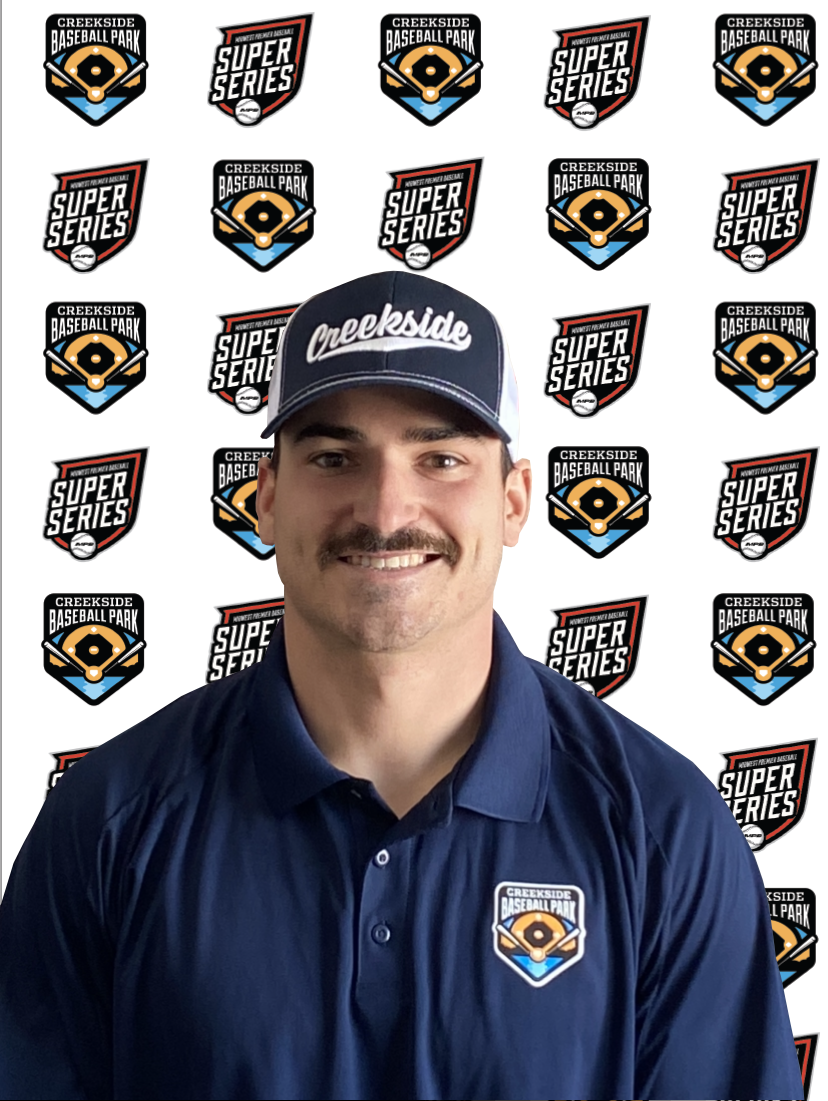 A native of Kansas City, Missouri, Ty White took over Creekside in 2021 as the Director of Baseball Operations.

As a graduate of Oak Park High School in 2012, Ty played baseball at Crowder College from 2012-2014 before graduating and playing at Arkansas State University for two years. White won the first ever Ed Way Heart and Hustle Award and left a lasting footprint on the baseball program. In the process, he earned his Bachelor of Science in Interdisciplinary Studies with the emphasis areas of business, exercise science and physical education.

After graduation, White coached at Benedictine College and State Fair Community College for a season. At both institutions, he oversaw base running and outfielders as well as running the strength and conditioning program. His other duties included practice planning, recruiting, baseball operations and coaching first base.

Ty then joined coaches Kyle Crookes and Damian Stambersky in the fall of 2018 at University of Central Missouri as a graduate assistant. After graduating in 2020 with a master’s degree in Sport Management and Kinesiology, Ty moved into a full-time assistant coach role. As a member of the staff, he oversaw the outfielders and base runners, helped with recruiting, travel responsibilities, baseball operations and other duties as assigned.

White has experience working for both Dodge City and Sedalia Parks and Recreation as a member of the grounds crew. Most recently, as the Head Groundskeeper for the City of Sedalia, White has gained the experience of managing a staff as well as coordinating daily, weekly and big picture planning.

Ty and his wife Taylor reside in Kansas City with their daughter, Thea and two dogs, Bander and Cas. 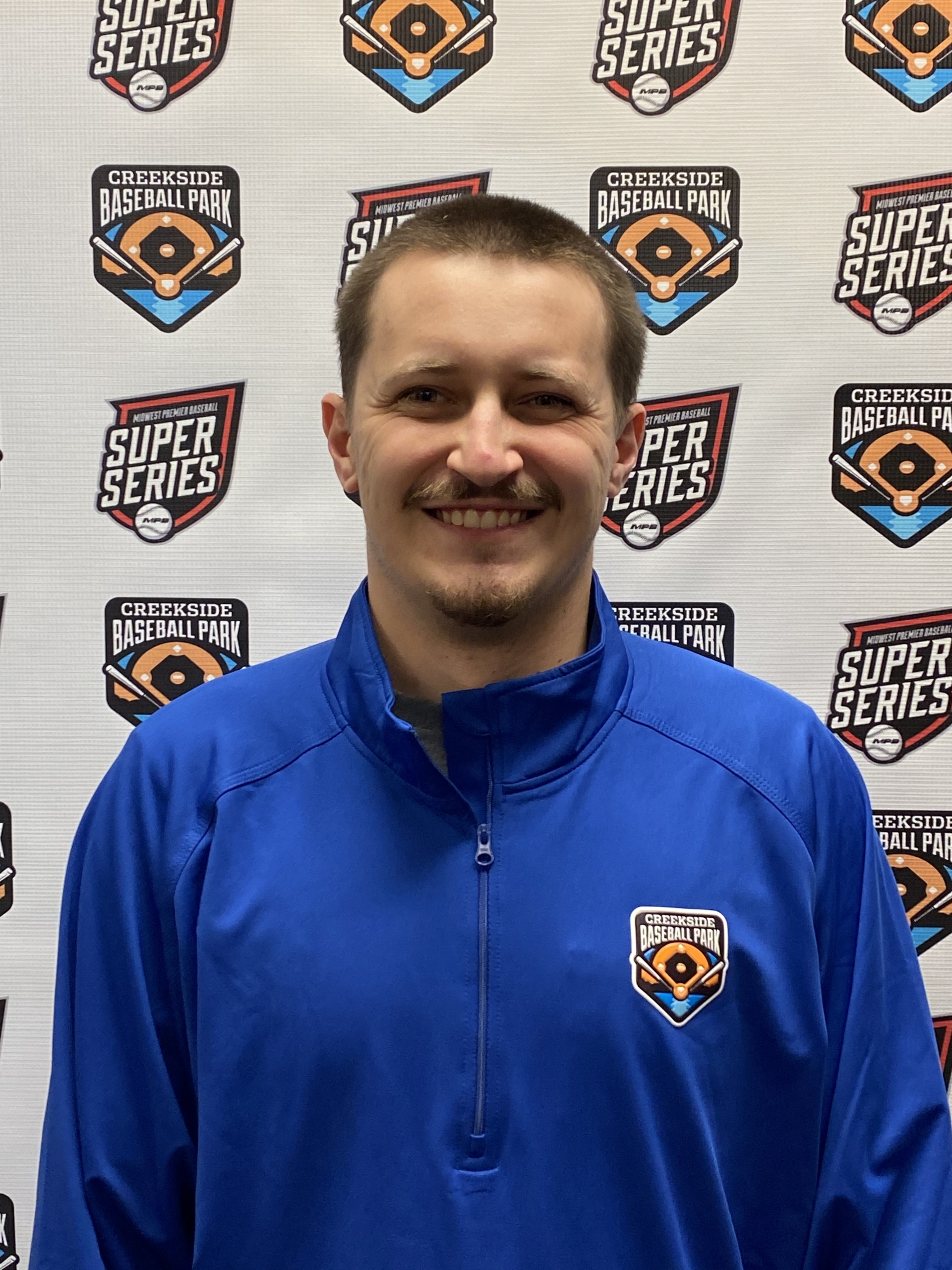 A native of Indianapolis, Indiana, Chris Gorman begins 2021 as the Assistant Director of Operations at Creekside Baseball Park.

Chris graduated from Ball State University in 2019, with a major in Sport Administration and minor in Marketing. He has 3+ years of experience within baseball tournament operations.

In 2018, he started as an intern for World Baseball Academy in Fort Wayne, IN, where he specialized in tournament operations and facility management. He was also a member of their community outreach program, where he looked to make positive impacts in the lives of Fort Wayne youth.

In 2019, Chris started working for Bullpen Tournaments in Westfield, Indiana at Grand Park Sports Campus. He was a member of their operations team for 2 years, specializing in tournament operations and staffing for the 26 field baseball complex just north of Indianapolis. In 2020, Chris moved into a full-time position with PBR Tournaments as a tournament director across the country. 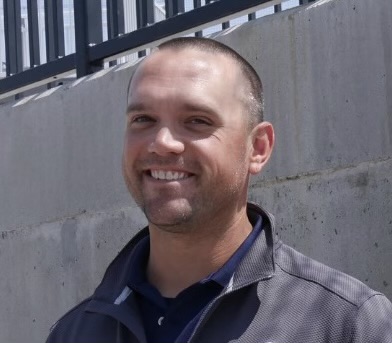 A native of Kansas City, Josh Nolen begins his second year as the Umpire Supervisor for United Travel Umpires in Kansas City.

Following graduation from Avila University in 2006 with a major in Corporate Communications, Josh began his umpire career at the youth level working for Blue Valley Recreation.

After attending the Jim Evans Academy of Professional Umpiring in 2012, Josh worked in the American Association of Professional Baseball from 2012-2014. He began working college baseball in 2013 and is currently on staff in the Big 12, Missouri Valley, Summit, MIAA, and the GLVC. His postseason accomplishments include multiple Division II NCAA and MIAA tournaments including the 2019 National Championship in Cary, North Carolina.

In 2020, Josh began coordinating umpires at Creekside managing the umpire staff for the Kansas City Club Baseball Association and the United Travel Umpires operation at Creekside.

Josh resides in Lee’s Summit with his wife Katie, and two children Greyson and Savanna. 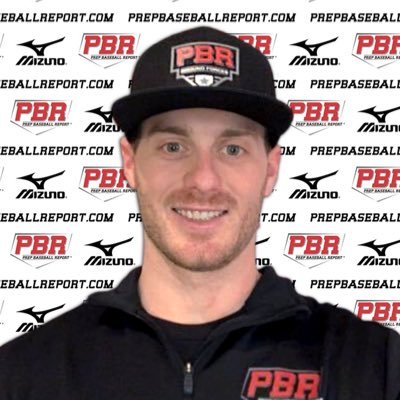 Prior to becoming a Prep Baseball Report Scouting Director, Urban served as an assistant coach at Central Missouri University, where he helped lead the Mules to a fourth-place finish at the Division 2 World Series in 2016. Urban also pitched at Central Missouri, earning first-team All-Conference as a closer.

Urban went to Hutchinson CC in Kansas, where he helped lead the team to a third-place finish at the Junior College World Series in 2010. He finished his decorated career at Hutchinson CC second all-time in career ERA (1.37), second all-time in single-season ERA (1.12), third most complete-game shutouts. From Hutchinson CC, Urban earned a scholarship to Creighton University before transferring to Central Missouri, where he also earned his Master’s Degree in Exercise Science.

After college, Urban pitched two years in the Frontier League for the River City Rascals.